As a many providers of overnight boarding and dog daycare in Portland OR know, there are things you learn from having an opportunity to get up close and personal with all kinds of pups. Some have characteristics that are common within a particular breed, such as speed or a penchant for barking, while others have tendencies that can only be described as unique personality traits. For example, you may own a basset hound that loves sitting in your lap, which is a common trait of the breed, but who also loves howling incessantly whenever someone rings the doorbell, which is a unique personality trait. Some dog personality quirks are a result of age or breed, like the lap-sitting scenario, while others can’t be attributed to a particular type of dog, and are therefore special features of your pooch’s personality.

Here’s a look at what scientists have uncovered in recent years about our pup’s personalities, and how understanding their unique quirks and traits will help you establish an even stronger connection between you and your pooch.

Like a toddler who suddenly has to compete for attention with a new baby, your dog gets jealous in certain situations. Whether it’s another dog, a new baby in the family or any number of other distractions, your dog is aware of anytime your attention is focused on something other than them. Clues that your dog might be feeling pangs of jealousy are if he or she sniffs or snaps at a perceived rival, or tries to insert his or herself between you and the newcomer. 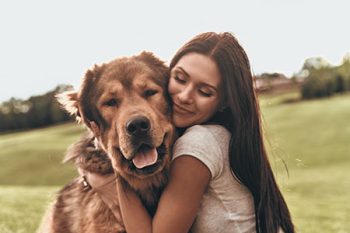 You’ve probably heard jokes about people that look like their pets, and the truth is, pets and their owners have been shown to relate to one another in four out of five of what are referred to as the “big five” personality traits: openness, extraversion, agreeableness, neuroticism and conscientiousness. What’s unknown, however, is whether dog owners tend to seek out breeds that are similar in nature to them, or if they tend to adopt characteristics similar to those of their dogs after the fact.

Our line of work gives us ample opportunity to study your dogs and make assessments of our own, so next time you’re searching through dog kennels in Portland OR, give us a try and help us find out even more about your favorite four-legged friends.

How to Prep Your Pup for a Holiday Stay
|
Holiday Stress Affects Pets, Too